This project is mentioned in a 1906 letter of commendation, and appears to represent Yale & Towne buildings 5, 11 and “10½.”

A chart in American Machinist (see appendix entry) notes that one building was of mill construction (brick with cast iron columns and steel girders), 190×50 feet, 4 stories with basement, a ground area of 9,500 square feet and 47,500 sf in all.

The other building is noted as being reinforced concrete construction, 164×50 feet, also 4 stories with basement, a ground area of 8,200 square feet and 41,500 sf in all.

A 1907 ad mentions that “one of these buildings had to have the lower stories put into use while the uppers were still under construction.” Photos indicate it was the concrete building.

The construction management chart from Concrete System adds valuable details such as company building numbers and notes there may have been a third, connecting building as part of the project.

The chart has some somewhat unclear notes on when the buildings were started and completed.

Unknown. Many former Y&T buildings stand but it is not certain which may have been FBG projects. 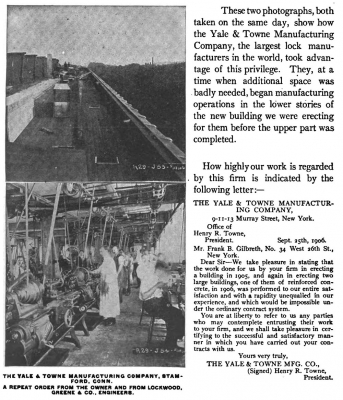 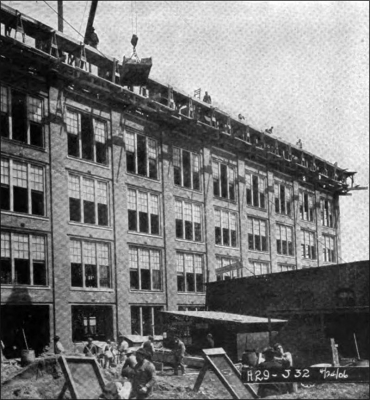 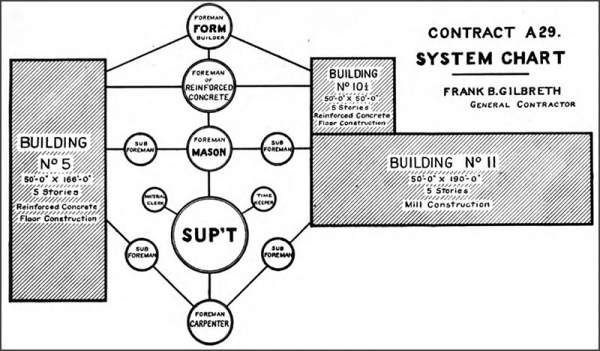