One of several jobs known only from the listing in the FBG advertisement in the 7 Jan 1905 [ER?], described only as “a 4-story mill building for the Walworth Manufacturing Co.” Since the ad is January 1905, the project must have been completed or in progress at that time. Searches from 1895 to 1905 have turned up notices of two or three Walworth buildings, but none with a close match to this description. A 6-story mill was built in 1903; the usual muddle over building height may be at play here.

A trade catalog describes the firm as “Walworth Manufacturing Co., manufacturers of brass and iron goods and tools and dealers in wrought pipe and supplies for steam, water and gas work, general office and works, South Boston.” The company was founded in 1842 and apparently still exists, albeit as a Mexican firm. The company has a long and rich history and its tools (including Stillson wrenches, which the firm appears to have invented) are avidly collected. Prior to locating its manufacturing works in South Boston, the company appears to have had a site in Cambridge, now occupied by MIT.

The Walworth South Boston plant was immense and built in stages. Research and review of a number of images of the plant show a 4-story addition sometime after 1891 and before 1910 that is likely the mill built by FBG.

Unknown, probably demolished as no such facility exists on the South Boston shoreline.

Variations between these two notices indicate other changes, including a reduction to 4 or 5 stories, could have occurred before building completion. This is the only project found that is a match to the FBG description. 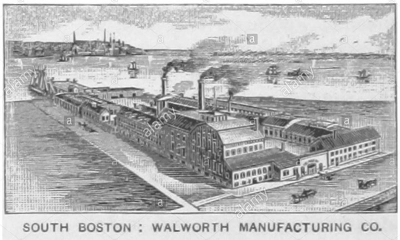 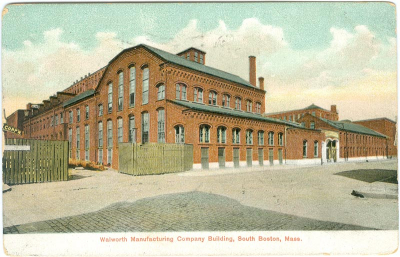 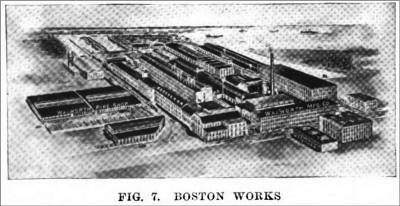 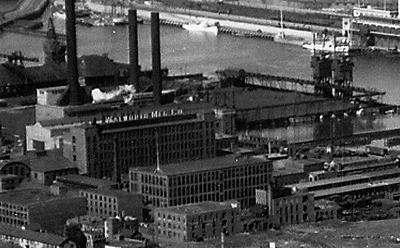