This project was a later contract in San Francisco, a 7-story hotel at Post and Stockton Streets, adjacent to Union Square. It appeared in multiple notices paired with the Pacific Grand Hotel, built at the same time. The notices confuse some details, but this hotel was designed by Frank Shea for owners Wm. F. and Blanche Burbank. Unusually for this place and era of preference for reinforced concrete, it was built of brick. Contemporary claims are that it was named the Union Square Hotel because it was built on the former site of the Union League Club; however, Union Square had existed since the 1850s.

There have been a number of hotels named Union Square, including a well-known one in NYC and the current hotel of the name in San Francisco, which was built ca. 1915 as the Golden West. That and the tendency of the many hotels around each city's Union Square to be known as (a) Union Square hotel makes sifting the information difficult.

Unknown. Probably demolished, date unknown, unless the building on the northeast corner of Stockton and Post has been remodeled from the original construction. 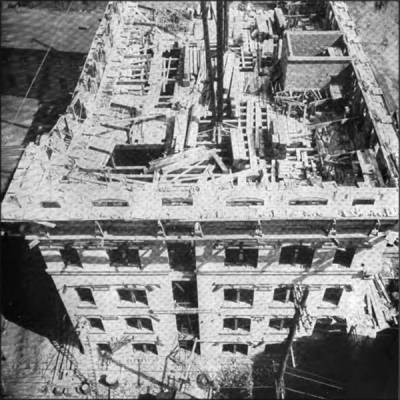 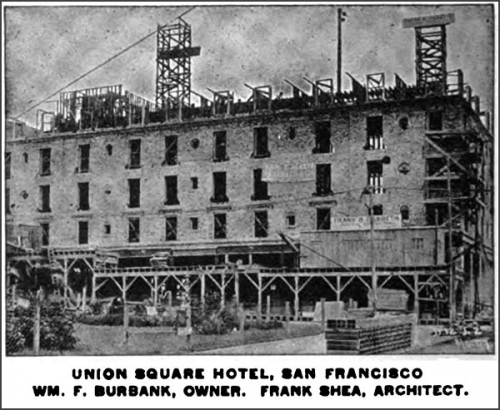 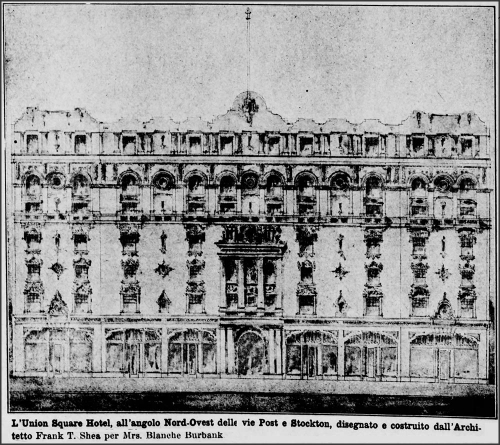