The number and name of companies that produced Frank Gilbreth's patented construction machinery (the scaffolding and gravity mixers) are not completely known. Most products were produced by licensees and manufacturers who were not part of the Gilbreth companies, then sometimes replaced or merged with an in-house contractor or company.

With reference to the concrete equipment (variations on the gravity mixer), Yost says: “Time was also required to look after the merging of the old Contractors' Plant Company, which had first manufactured his mixers, with the United Concrete Machinery Company which became a part of the Frank B. Gilbreth organization in 1905[.]” [Yost p.135]

There is evidence of this or another in-house or associated business, Contractors' Machinery Rental and Transportation Co. The ASME Journal of March, 1907 lists Harry Chamberlain as a member candidate, and he lists his position as both an engineer for FBG and manager of the latter company. 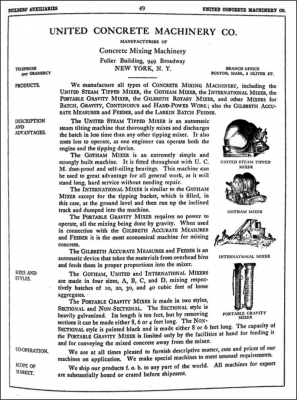 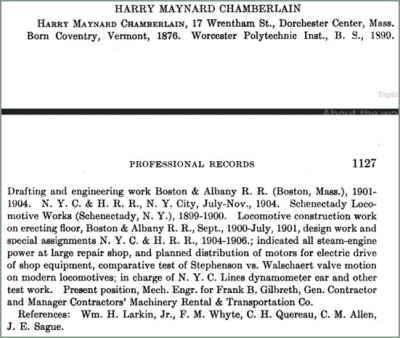