The Simmons portion of the project was a four-story warehouse with a tall corner tower, a signature detail of most of the Simmons warehouses. Some were plain and some held clocks; this one was designed from the outset to hold novel, modern illuminated clock faces on the two outer corner faces.

The tower was originally designed to be one story taller than the four-story warehouse (a tall story, about 1½ floors), with a fairly plain design and a crenelated top, This was built and completed by the end of 1905. In April, one of the many running changes was to add another story (again, a tall one, making the tower about three floor-stories taller than the roofline), reportedly to hold a water tank. This extension was much more elaborate in design, but it is not clear if it ever held a water tank or anything else. A large water tank at the center of the building was a prominent feature for decades, with the base and support scaffolding remaining in place until the 2013-14 renovation. It may have simply been a pride or esthetic choice to extend the tower; the original design was between plain and ugly, and City Hall, within visual range, had a taller and more elegant tower challenging the new building.

The extension was complete when the clock faces were installed in November 1906. Several reports say the clock faces had the Keen Kutter logo across the center, and the numbers replaced (from 7 around to 5) by letters: T-R-O-Q-R-L-A-T-P-I-F, for the Simmons motto of “The recollection of quality remains long after the price is forgotten.” Even more bizarrely, for the remaining spot, the 6 was replaced with “8” because owner E.C. Simmons was known in the company as “No. 8.” Photos finally confirmed this, but with some variations over the years (see images below).

As for why E.C.Simmons was called “No. 8,” an answer was finally found: he signed documents with an “S” that looked to everyone like an 8.

The tower remains in original condition, but the crenelated top has been removed and the clock faces have been covered with Hard Rock Hotel signs. 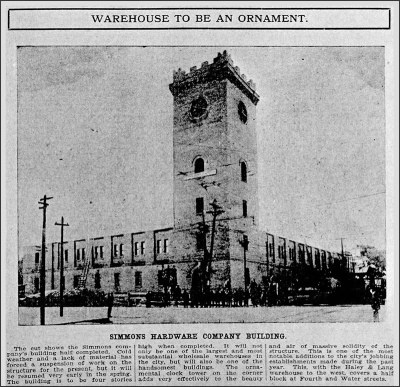 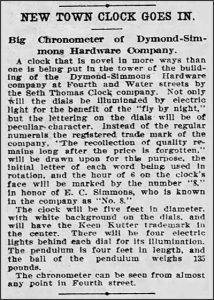 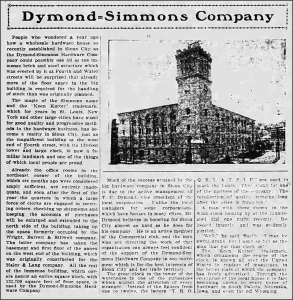 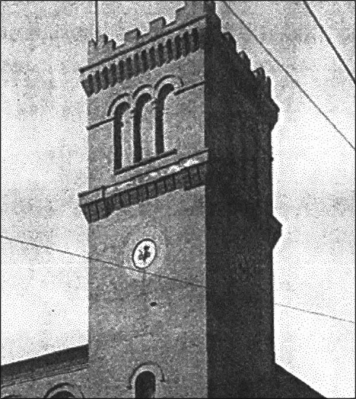 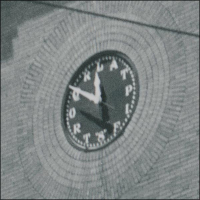 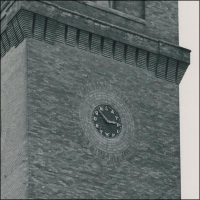 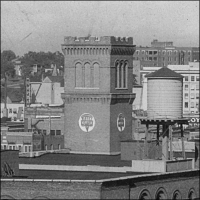 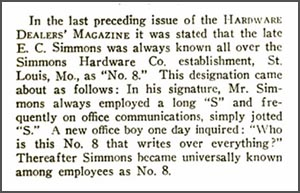 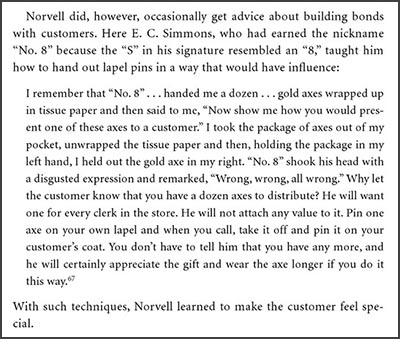 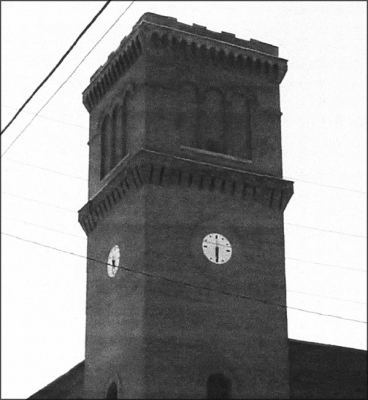 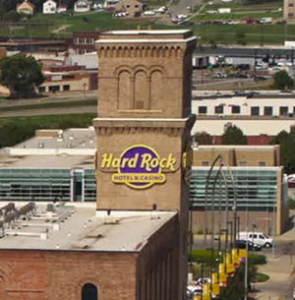