The first FBG job outside the US was this factory for chocolate and candy maker Walter F. Lowney. (There would be one other project in Québec, an unfinished one in New Brunswick and one straddling the Maine/NB river border.)

It was a 6-story brick factor and warehouse with a refrigerating plant and powerhouse. Lowney was an established candy maker (founded in Boston in 1880) who had just built the first building of what would become a very large a plant in Mansfield, MA. When he expanded to Canada, he chose Dean & Main and through them FBG to build his factory there with maximum speed.

The contract specified an astounding 60 days for completion. The FBG claim is that the completion date was publicized and it was “ready for occupancy” in just 56 days. Photos of the construction from a 1907 ad show the complete foundation and shell raised from July 1 to August 26.

The factory was in operation until 1962, then stood idle for some twenty years before being converted to condos in about 2006. At least one adjacent building was also built for Lowney over the years and has also been converted to condo and multi-use.

One of the jobs from the FBG advertisement in the 1909 Sweet's Catalogue that has been fully validated. 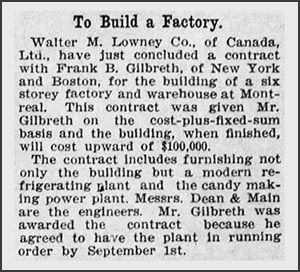 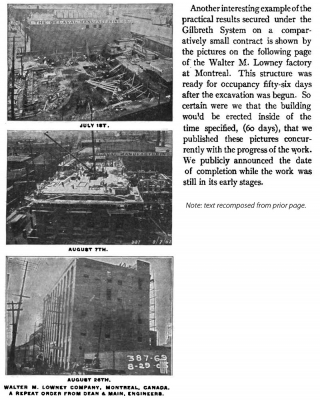 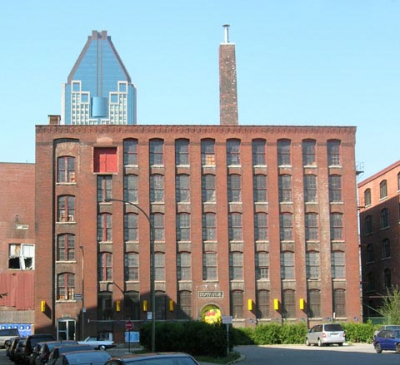 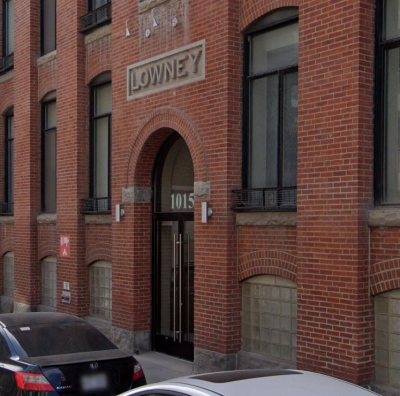