This was one of only two known cases where significant initial work by FBG and others led to abandonment of the project. The first was the slightly similar canal for Union Sulphur, abandoned for business reasons after several months of dredging work. (There are also the cases of the McGraw Building and Roper Hospital, finished by other general contractors after business disputes, but those projects and all other known ones were completed.) This project was initially discovered as trade notices and brief research indicated it had never been started. Additional research at the time this wiki was compiled discovered that a significant start on construction, including heavy orders of cement and equipment, was indeed made.

Although the Union Sulphur canal was eventually completed during WWII by the Army Corps of Engineers and others, the Grand Falls dam and powerhouse was never built at the originally intended scale. A modest hydropower dam currently exists within the town, just ahead of and thus preserving the namesake falls, but with only a slight pond, nothing like the vast lake originally intended.

The project was entirely Canadian and was intended to create a huge new power source for Canadian cities and industry in New Brunswick. Unfortunately, the scale of the project (with a 135-foot head generating some 100,000 hp) and its positioning on the St. John River, part of the extensive riparian boundary between NB and Maine, meant that the “flowage” from the dam would cover hundreds of acres on both sides of the river… and the US objected to the loss of land without any share of the generated power. No compromise was reached in time to save the Grand Falls Power Co and its grand project, and the subsequent history of the effort is not known. It almost certainly was discontinued well within 1909.

The overall incident resulted in a major court action that, although resolved without ruling (probably by abandonment of the project), had a significant impact on international water law in testing the then-new 1909 Boundary Waters Treaty between the US and Canada.

As with Sprague's Falls and many of the small dams built throughout the 19th century, the original plan would have erased the namesake multi-tier waterfalls. The dam that was eventually installed sits ahead of the falls with a very modest head generating 66kW from four modern turbines.

Thoroughly confusing the research was the fact that “Grand Falls” is a common name and at least two other falls within the region share it. In 1912, a major dam was built on the St Croix River's Grand Falls, 120 miles to the south, creating the enormous Grand Falls Flowage that crossed the New Brunswick-Maine border; its terms were set in part by the 1909 treaty. Furthermore, this Grand Falls waterfall, dam and flowage is only 9 miles north of the former Sprague's Falls dam, built in 1905 by FBG.

At an estimated $5,000,000, this project would have become FBG's largest, more than double the cost of the Canton, NC paper mill.

Never completed; total progress unknown but probably limited to excavation and initial forms and scaffolds. A much smaller hydropower dam, the Grand Falls Generating Station, was built just above the falls in 1931. 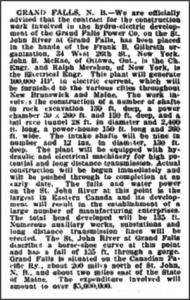 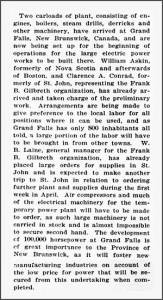 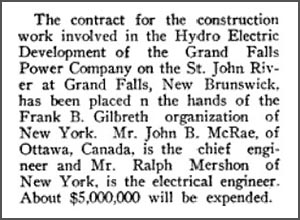 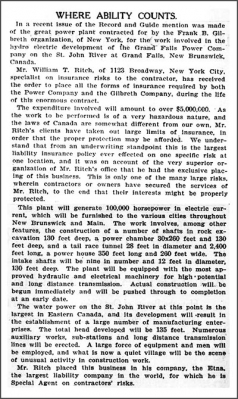 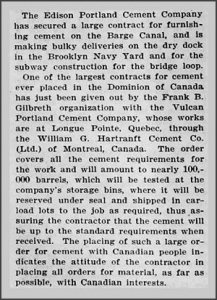 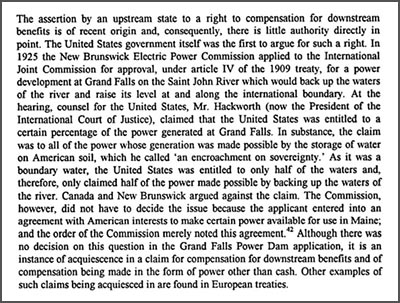 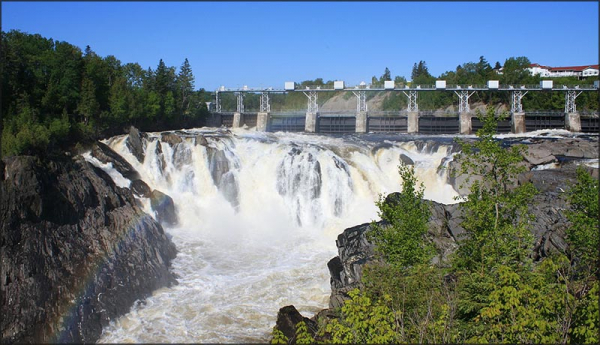