This is believed to be the last contract undertaken by FBG. Although the parallel job for Union Bag & Paper in Québec, contracted in 1910, was not completed for several months after this one, near the end of 1911, this project was contracted later, making it the last FBG job.

It was a relatively simple addition to the existing “Fenimore” mill, located at what was then known as Sandy Hill and changed names to Hudson Falls at about the time of this project. Hudson Falls is a village, part of the larger city across the river, Glen's Falls.

Multiple notices indicate this was a new addition to the sulfite (sulphite) paper mill, adding space for two paper-making machines, only one of which was installed immediately. The other was installed a few years later.

Besides marking the end of FBG construction works, this job was notable for one last strike over Frank Gilbreth's attempt, under Frederick Taylor's influence, to implement piecework pay for the bricklayers. They had been receiving 55 cents an hour for a ten hour day and no production rate; Gilbreth attempted to implement 75 cents an hour for a seven-and-a-half hour day with production measured by his packet system. A four-day strike resulted, requiring him to hasten to the jobs site from Plainfield, NJ. The piecework system was again thrown out and according to Edna Yost's account, the result was the fastest production of any FBG masonry job at an average of 400 bricks per hour. She dryly notes that the workers would have made far more had they accepted Gilbreth's pay model. 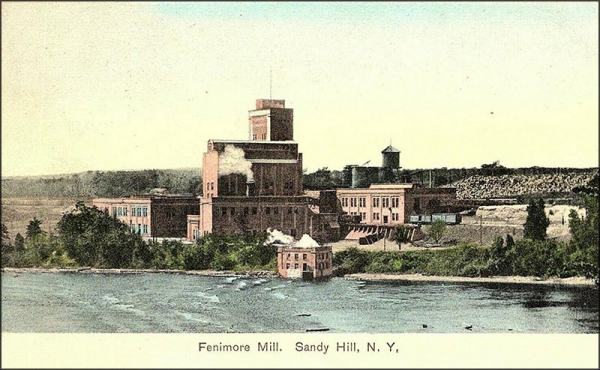 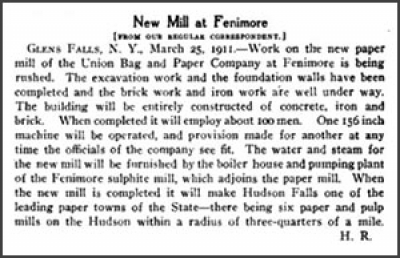 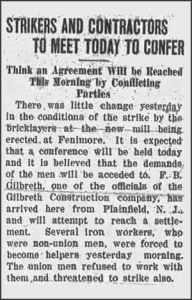 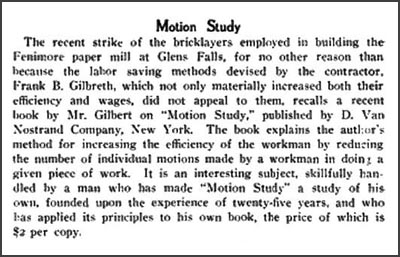 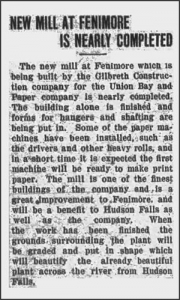 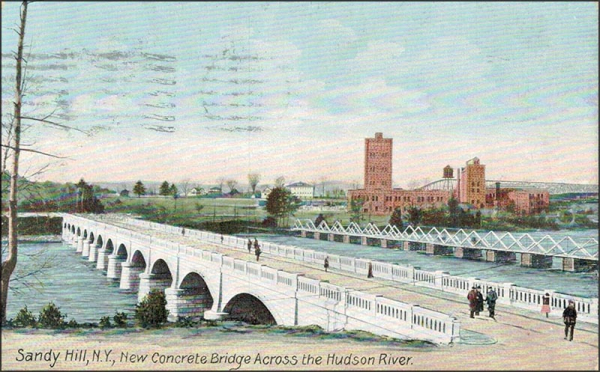