The basic problem with the initial construction was that the contractors were using cement pilings that were too short. Spruce pilings were driven to bedrock, as was the practice, but Woodbury & Leighton cut corners by making the concrete top of each support much shallower than was proper. The problem is that spruce pilings that remain fully wetted by ground water have an exceptionally long life, but ones that alternate between wet and dry, or have part of their length wet and the upper part dry, will degrade and crumble in a short span of years.

Woodbury & Leighton were not digging the concrete foundations down to “all wet” levels for the lower pilings, so the spruce would decay and allow the building to settle within a decade or less, producing cracks at best and an unstable structure at worst.

There is an astounding claim in one long article about the exposition building: that not only did the “first contractors” foul up the foundations, necessitating the delay and a new contractor… but that the “second contractor” (FBG) “badly placed part of the steel trusses, which had to be re-erected and made it necessary for Mr. McCormick to take over the work of building [in] October, 1908.” In other words, FBG also bungled the job and was fired. Extensive searching has found no confirmation or corroboration of this claim, even in the closely-watching Cambridge newspapers. 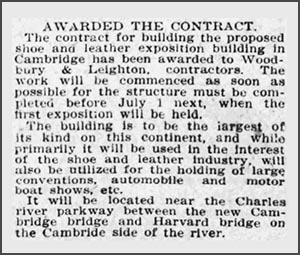 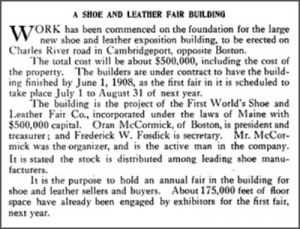 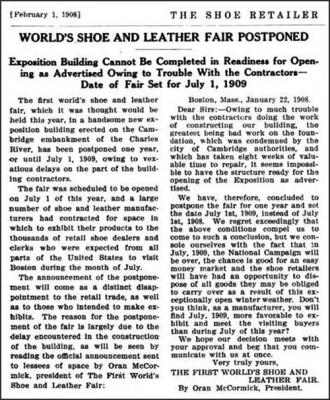 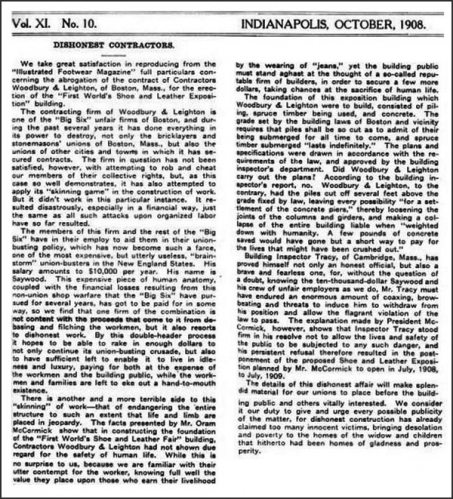 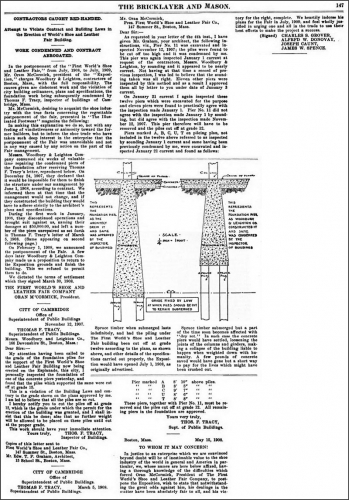