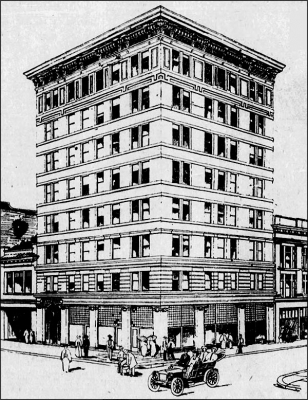 This project was an 8-story office building for the Boyd estate, which had lost several buildings in the earthquake and fire. This was one of FBG's first round of contracts in rebuilding the devastated San Francisco. By the time of completion and since, it was known as the St. Clair Building, but during its construction it was known by the owner name. (Edna Yost refers to it as “the Boyd Building” even in 1949.)

The building was all-concrete and attracted much notice as an example of the “fireproof and quakeproof” large new buildings that were and would continue to replace the largely wooden and brick city that had been leveled.

Nathaniel Blaisdell may have been the architect of the original building on that site as well, as he was for both the pre- and post-reconstruction Mutual Life Building.

A near-twin building was also built (by another contractor) for the Boyd estate at Pine and Battery, known thereafter and today as the McGregor Building.

The building at 8 California Street appears to be the original construction with the original cornice removed, probably for earthquake safety. Frank B. Gilbreth lists his offices in the building in a 1909 ad, probably a holdover from later 1908 before closure of the San Francisco office. 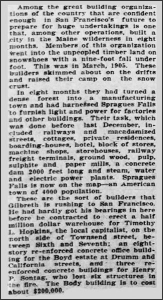 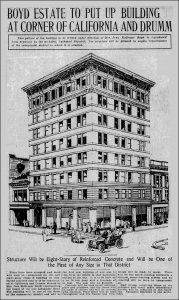 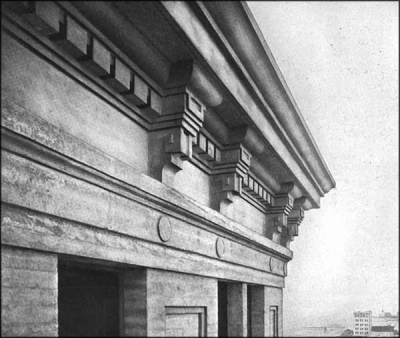 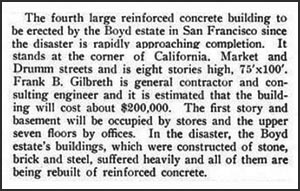 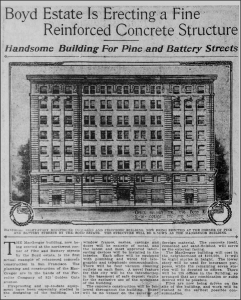 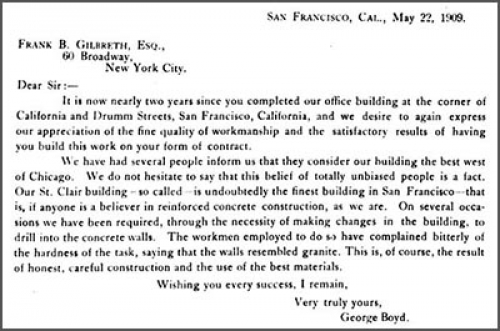