Can Factory for Seacoast Canning Co 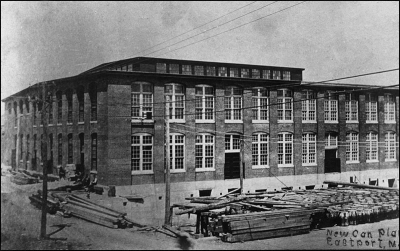 This project was a can factory for one of several sardine canneries in Eastport, a Maine island town which is the furthest eastern community in the US. (The town and its canneries became infamous for child labor in about the era of this project, with photos of children holding fish knives nearly as big as they were.)

This was an outstanding piece of construction in that it was the only FBG project built in “tidewater,” that is, on an active shoreline. Many projects were on riverbanks and shorelines and needed deep pilings and hydraulic walls, but this factory extended over a shoreline into the bay itself. As such, it had an unusual and immense foundation of granite blocks.

The factory was built for Seacoast Cannery at the end of the era in which every cannery produced its own cans. It was sold a few years later to American Can Company, who apparently consolidated the business and made cans for several canneries, perhaps all that remained. They were noted as the maker of the now-familiar “roll-top” cans still used for sardines, kippers and other preserved fish. The subsequent history of the company is not known, but the number of canneries was already declining at this time and the industry was defunct long before WWII.

The building still stands much as it was built, with an immense concrete wharf (which may have been built by another contractor). It was purchased in 2005 by a group intending to convert it to mixed use as destination hotel, restaurant and small convention center. That effort appears to have peaked in 2017 and has not yet been executed nor, it would seem, abandoned.

The area was added to the roster of the National Register of Historic Places in 1981, but this building was excluded at the then-owner's request. (An NRHP designation can make it difficult to remodel or demolish buildings.) A request was made and granted to add the building to the historic district in 2016 (possibly because the designation can also open up government funding for renovation and reuse).

It is worth noting that Eastport is a deepwater port at mouth of St. Croix River, and may have handled materials and equipment for the Sprague’s Falls mill project some forty miles upstream. 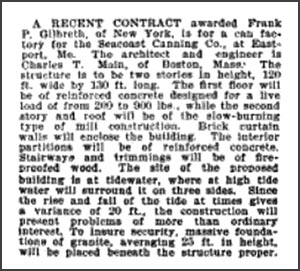 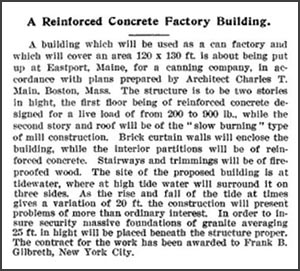 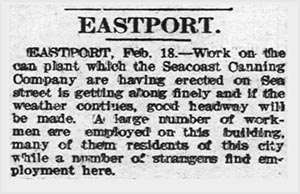 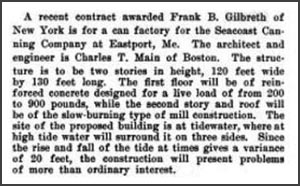 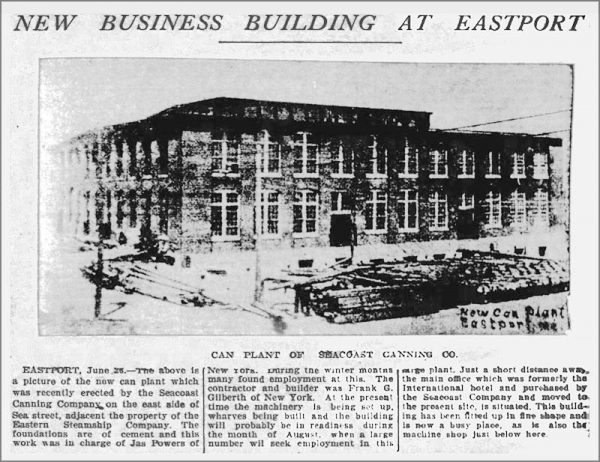 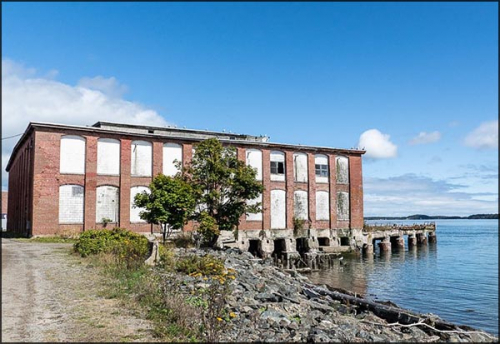