This was a second building for MIT in its Boston location, intended to house the Naval Engineering School, a joint effort between MIT and the US Navy since about 1880. (The “2N” program still exists at MIT.)

Very little is known about this project; MIT's available records do not reference it and no contemporary references to its construction or location could be located. Even the mention in the 1909 Sweets ad simply says “MIT,” which refers to both this and the early Lowell Labs project. The 1909 System ad, however, contains four pictures showing the building's rapid rise… over two letters from MIT congratulating FBG for the Lowell Labs accomplishment two years earlier.

The only other reference to this project is an article in the 10 Feb 1906 Engineering Record about difficulties in driving the piles for the building, which notes “they have carried [the load] for about two years without any reports of settlement.” This defines the time frame of the project as 1904 and places the building at Park Square, several blocks east of the other MIT buildings. Park Square is now one monolithic building, and any trace of this project has long since been demolished.

Assistance from the Cambridge Historical Commission finally confirmed the building and its location. The ER article was misleading, as the building was not near Park Square, but immediately adjacent to the Lowell Labs on Trinity Place, and on the 1905 and later MIT campus maps as simply, “Engineering C.”

Demolished sometime after 1916, date unknown. The building would have been abandoned by MIT when the campus was moved to Cambridge. A new Naval Engineering building, the Pratt Building, was built there in 1922. 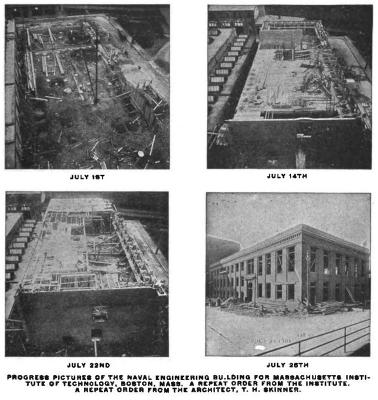 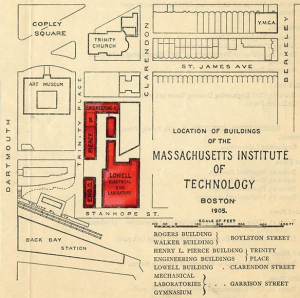 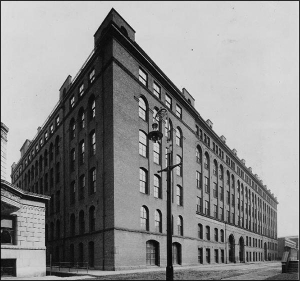 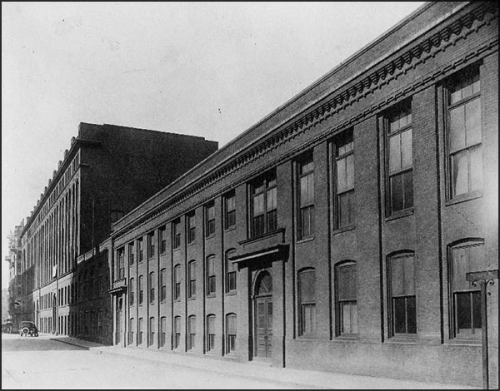