One of several jobs known only from the listing in the FBG advertisement in the 1909 Sweet's Catalogue.

Taylorsville, renamed Washington Crossing and still known by both names, is a small town on the border with New Jersey, between the Delaware river and the historic Delaware Canal. Research found the only intersection of the town, the canal, the company and a possible FBG project in the Hough's Creek Aqueduct.

The identification of the actual aqueduct is unclear and could be either the extension that appears to connect the Canal to the River just below the town, or the short spur to the west which could have led to a warehouse or processing facility. That “Aqueduct Road” runs along the latter, but to the former is not helpful.

Unknown. Appears to exist in something like original form but no longer used for commercial traffic. 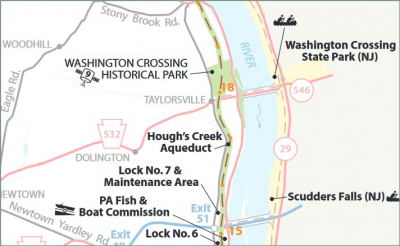 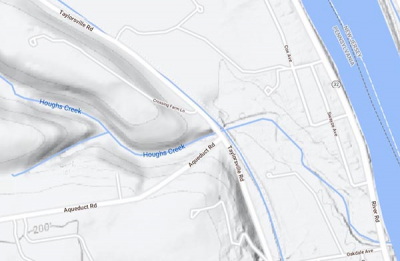