One of several jobs known from the listing in the FBG advertisement in the 1909 Sweet's Catalogue.

Note: I have been provided with some very complete information on this project by a local historian, and will be completely updating this listing when I have time. An essential detail is that this project was executed in about 1901, and so is presently far out of sequence in both the listings and the general description below.

A very strange report from the labor newspaper World's Work was reprinted in Real Estate Record & Building Guide, 1 Sep 1906, about labor issues with the Polish workers on this job. Yost mentions it in the context that the “six shooter in each hand” passage must have upset Lillian. The veracity of this report is undetermined but is useful in dating the project to sometime in 1906 or earlier.

The website Michigan Railroads has the following entries for 1905:

No labor issues are noted for 1906. It can be assumed that the incident from the clipping is likely the same incident of April 21, further dating this project.

It is probably irrelevant, but the 750-HP engine for this railway was being built at the same time as that for the Brockton & Plymouth (May 1901); see that entry for a trade notice.

A rather bizarre photo of the facility under construction, using rail ties as scaffolding, exists, making the project look like a frontier fort. 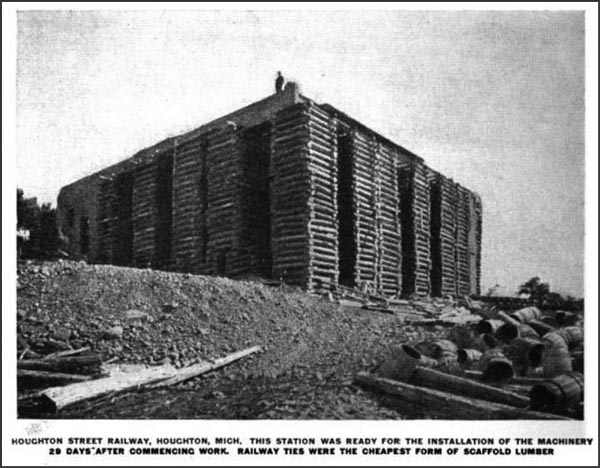 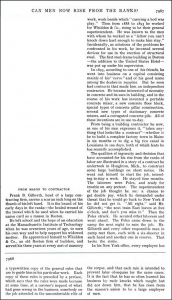 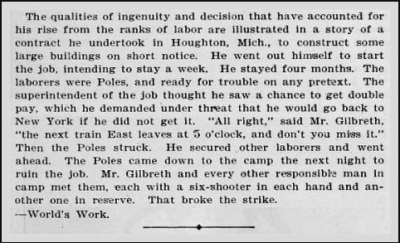