This project, a followup contract with Champion Paper from that for the enormous Canton, NC mill, was the companion finishing mill in Hamilton, Ohio. It was to take the pulp output from Champion Fibre and turn out finished coated paper.

It is another in FBG's list of astonishing projects, this time in sheer scale. The mill was several connected buildings running for more than a quarter mile along the Great Miami River, with a 2,000 foot concrete hydraulic wall holding back the river. The rail lines were elevated to building height on riverside concrete trusses. It was featured across three pages of the 1907 System ad and in a number of photos in 1908's Concrete System. It is one of FBG's projects of a scale to be measured accurately in Google Earth (currently 1230 feet long).

There are notices from January 1907 that a tunnel was built under North B Street to connect the new mill with the existing plant.

It is not clear when the new mill was completed. Notices of labor issues appear in May 1907; a photo of a largely unfinished interior is dated 26 Jun; and a trade notice indicates machinery will be installed and operational by January, 1908. It can be assumed that primary construction was completed by early winter. 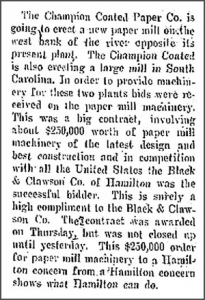 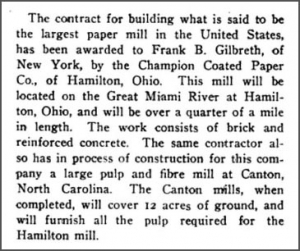 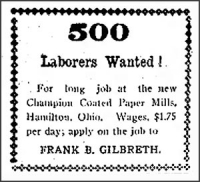 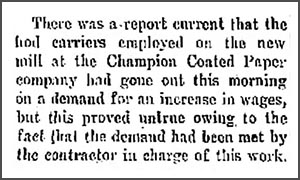 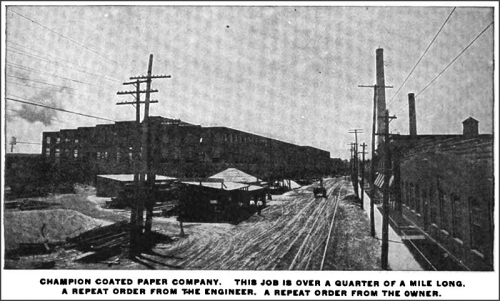 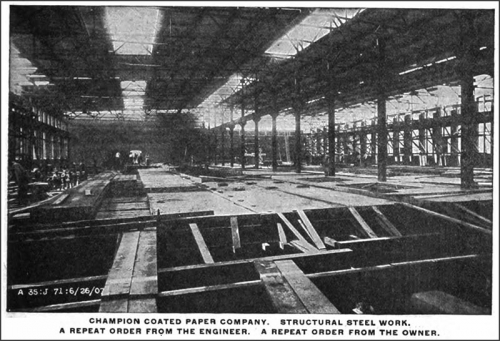 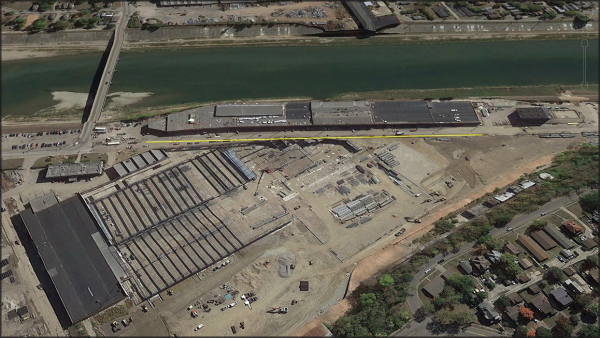