This was an exceptionally heavy-duty reinforced concrete building with brick curtain walls, designed to hold either 500 or 1,000 pounds per square foot live load for storage of heavy manufactured goods, for the B.F. Goodrich Rubber Co of Akron, OH.

As with the Yale & Towne plant, the Goodrich plant reached immense size and number of buildings before being abandoned into the 1970s. While many buildings still stand and many are being repurposed, locating and identifying the FBG project would take considerable work with available company and city resources. 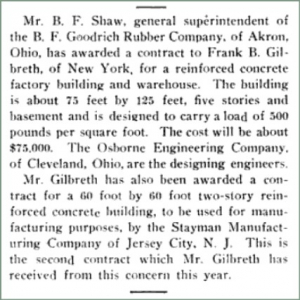 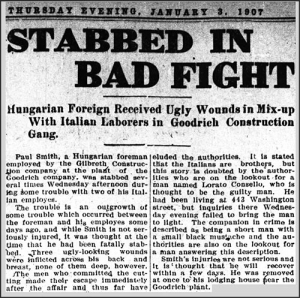 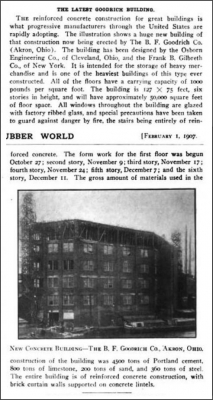 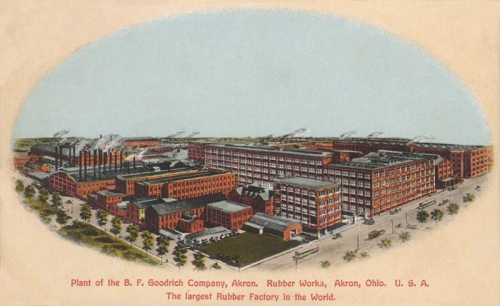 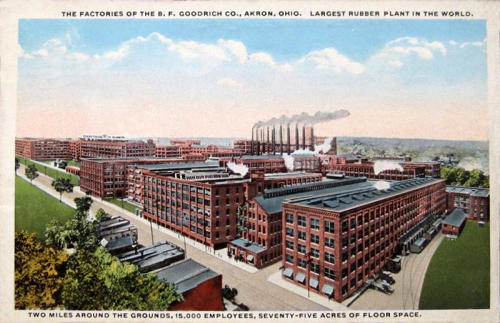