In the aftermath of the San Francisco disaster, Frank Gilbreth literally got his hands on the prize by bidding absurdly low on the job of demolishing the top six floors of the Mutual Life building: Cost plus $2,000. Whatever he lost financially in the transaction—and Edna Yost notes that the cost of meticulous dismantling and photographing the condition of the structure exceeded the profit—was outweighed by the value of the information gained. He could have kept the information to himself, and probably did reserve some details and unexpected findings for proprietary use, but almost as soon as he was complete he wrote a long article for Engineering News with photos and some sixteen points of importance. This list of points was reprinted in many of the trade journals and newspapers of the day.

He then spoke on designing fireproof (and quakeproof) buildings many times in the next few years, which did much for his reputation and set aside problems with his lack of formal education and the Roper and McGraw contract problems. 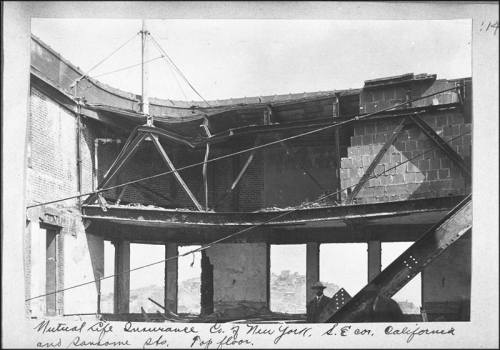 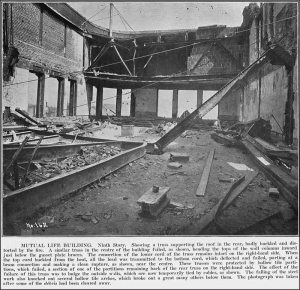