This immense factory would be the first of two FBG would build for Columbian Rope Company in Auburn, NY, along with another factory for an farm equipment manufacturer and his first, unidentified project in 1895 that may well have been for another rope maker. This factory was touted as having “eight acres of floor space” or some 350,000 square feet. Later claims, which include the 1907 extension, are for “one million square feet” of production space, which may be either an exaggeration or include areas beyond the “eight acre” floor under one roof.

There are notes that this is a repeat project from Dean & Main, but the earlier commissions have not been identified. Production in the facility is said to have begun “ten months and six days” after plans were started. FBG would build a companion factory next to this one in 1907.

Columbian Rope Company still exists and continues to produce rope and cordage products as part of The Cordage Group. They are headquartered in Illinois and no longer appear to have any facilities in Auburn.

Demolished, date unknown but not before WWII and possibly not until the late 1970s. 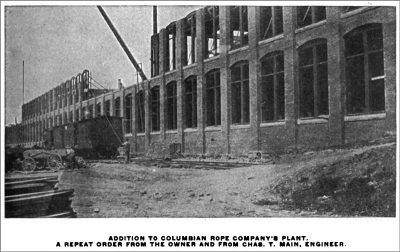 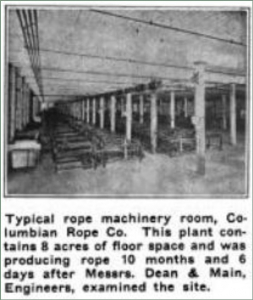 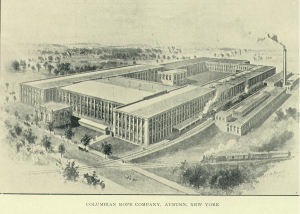 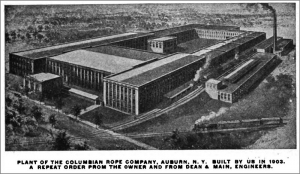 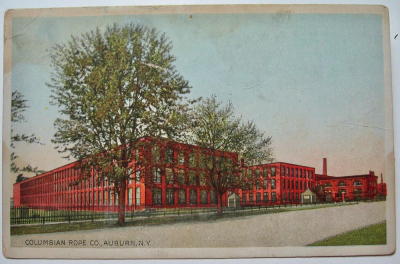 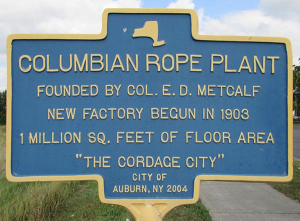