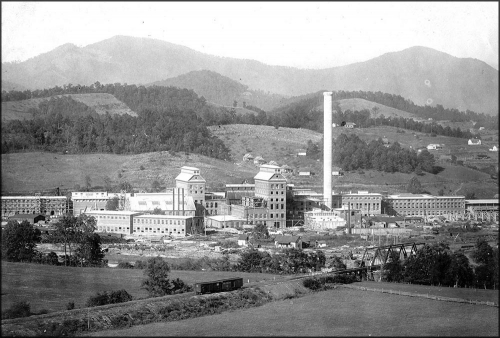 FBG undertook what would be its largest single project with this complete paper mill in what was then backwoods North Carolina. The contract was for some 35 buildings, from 100+ foot high digester buildings to a handful of worker houses. It was the third, largest and last of the mill and company town projects (after Piercefield, NY and Sprague's Falls, ME).

This project is unusual, and not listed in many FBG ads and promotional lists, because it was not undertaken on the cost-plus-fixed-sum basis so frequently touted in advertising. Rather, it was taken on the unusual cost-plus-percentage basis, in which the contractor receives a percentage of the total cost. This is often seen as disadvantageous to the owner/client, since every increase in costs increases the builder's fee. In this case, FBG may have insisted on this model because of the enormous investment and difficulty and promises to maintain the usual rapid pace of “speed building” nonetheless. It would prove “disastrously expensive” for the Champion Paper Co.

The scale of this project is difficult to convey without reading at least the attached article. On essentially empty riverbottom land and next to a town so tiny it took its name from the source of the iron used in its trestle bridge (Canton, Ohio), FBG first drove some 10,000 spruce piles (over forty miles in all), then built some 28 industrial-scale buildings in a matter of seven months. Most were brick, with a few process buildings and the smokestack built from reinforced concrete. Canton's population swelled from nil to about 1,400, and today has some 5,000 residents.

The 250-foot smokestack, oddly, was built by another subcontractor whose specialty was brick smokestacks. And the bricklaying teams, answering directly to the site supervisor, did not use Gilbreth scaffolds although the equipment was onsite… stacked aside, and collecting FBG site royalties anyway.

The plant remains in operation and many of the original buildings are still in use, although often modified and with the brickwork covered in cement plaster. The smokestack was reduced in height in the 1990s, and demolished in 2018.

This project led directly to a following contract for Champion Coated Paper and another immense mill in Hamilton, Ohio. 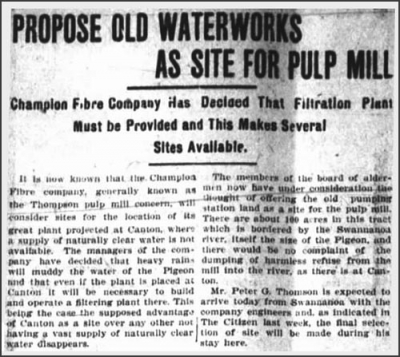 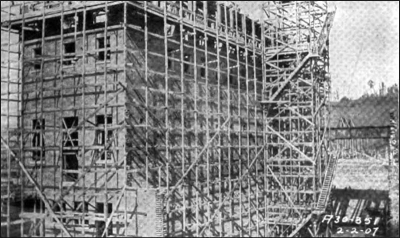 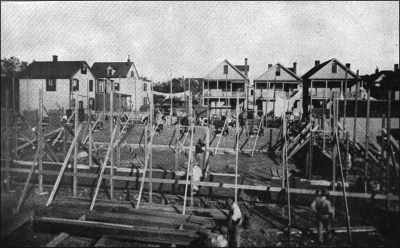 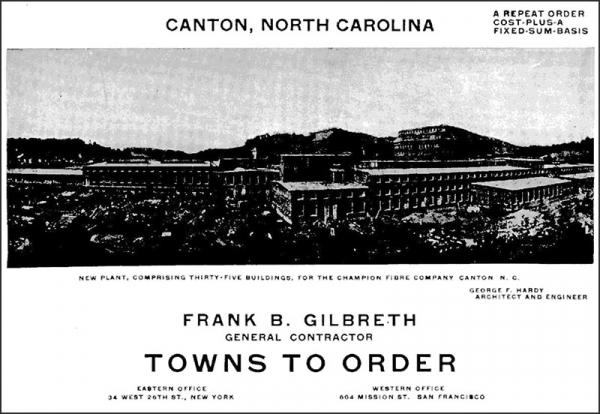