This project was a concrete dam, built as part of a power overhaul for a noted chocolate maker.

A new powerhouse, probably coal-fired, was built the next year with two 200-foot smokestacks and three boilers to supplement this upgraded hydro-power system. 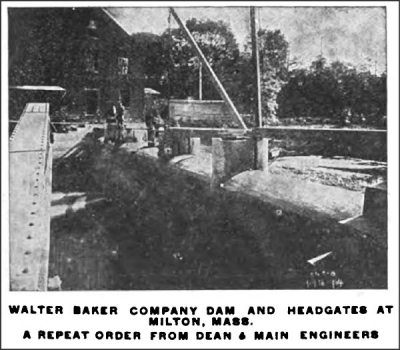