The Projects of January 1905

A job notice of January 1905, appearing in Engineering News, lists a number of jobs that have resisted more accurate dating. Some were eventually pinpointed in other records, but a few remain that must have been completed or in progress in January, 1905, but cannot be dated more closely.

This notice was also the primary source of several of these jobs, found only through primary research. 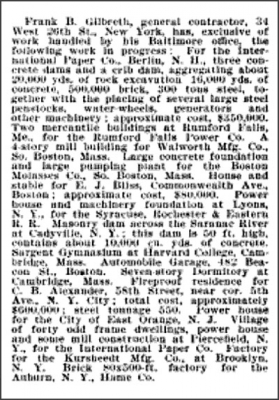